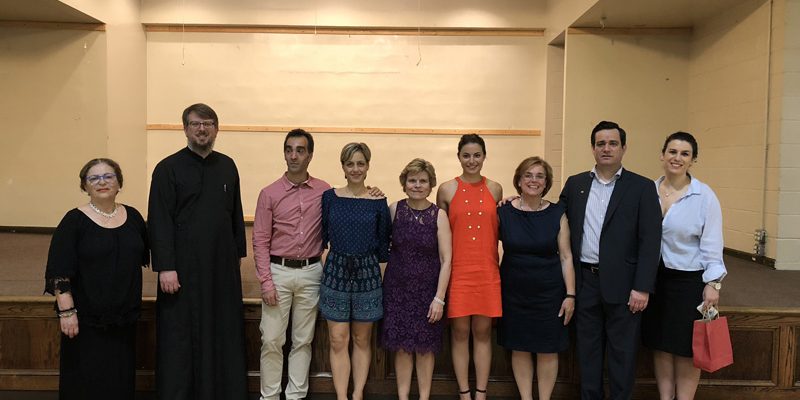 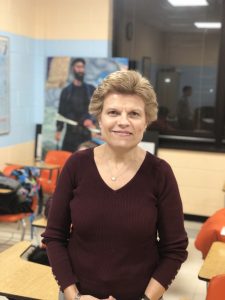 Teaches Grades 7th and 8th and she is the Lead School Teacher for Ellinomatheia Examinations since 2001. 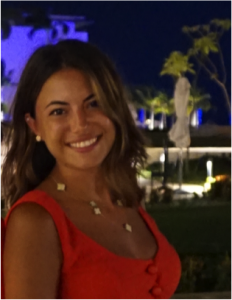 My name is Sophia Dinoulis. I was born in Philadelphia, Pennsylvania. I went to Russell Elementary in Broomall, Paxon Hollow Middle School, and graduated from Marple Newtown High School. I went to Cabrini University and majored in Early Childhood Education Pre- K through 4th grade, and minored in Special Education Pre- K through 8th grade. I also got my Masters of Education at Cabrini in ELL (English Language Learners).  I currently work at Russell Elementary School, the school I went to as a kid. I have been working at the Greek School of Saint Demetrios since 2014, which was the school I also graduated from. I am happy to be teaching the Greek language to our younger generations! As some of you may already know, I am a huge Disney fan, and I have two pet bunnies, Lola and Bugsy!! 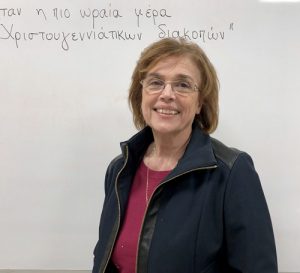 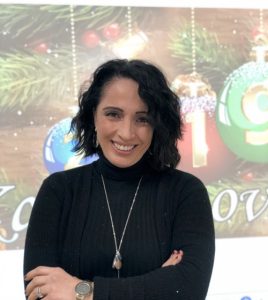 Mrs. Marilena with over two decades of devotion and dedication to the teaching profession has been teaching Greek as a foreign language to several Greek American students of the local parishes.

In particular, she began her teaching career in 2003-4 as Director of the Greek Language School at the St. Demetrios Greek Orthodox church in N. Wildwood, NJ and continued later at different local schools. Since 2008, she has been teaching at St. Demetrios Greek Language School in Upper Darby, PA. Over the years, she has gained teaching experience from the 1st through the 8th grade teaching different subjects including the culture and language, history. She is also the choir leader.

Originally, she was born and raised in Greece where she received her first teaching certificate as a Sunday school teacher from Moni Petraki, in 1992. Later, she received two degrees one in Nursing (BSN) and Nurse Anesthesia with honors. Eager to get her education further she came in the U.S. and in 2007 graduated from Drexel University with another degree in the health arena. Thereafter, she began a new career path in international education in Higher Ed. for over 10 years where she explored and enjoyed different leadership positions in the Immigration field.

Mrs. Marilena’s loves travelling and learning new things. She also brings her passion and love for the Greek heritage to her students as well at home to her two toddlers, hoping that they will all return and share the same “agape” for Greece one day.