Welcome to Saint Demetrios Greek Language School – Upper Darby, PA. We teach Greek limitless, from those who hear the language on regular basis, to those who have zero exposure as well.  From children of all ages to adults. Our mission is to educate children and adults of the Greater Philadelphia Area the language that started it all “Greek” as a second language according to 4 forms of learning:

Our experienced teachers use materials that your children are already familiar with in their American school, and will add more interactive time in addition to the classical learning style & make it fun-based.  Homework still exists but is less strenuous with more practice in class, serving as a recap of what happens in class. There is always some pencil & paper but online hybrid support for homework assignments will keep the student interested and you as a parent more able to help them along if needed. The goal of our school is to have your child prepare to excel and succeed obtaining the certificate of proficiency in the Greek language known as Ellinomatheia and become recognized as bilingual around the world.

Our school environment generates the atmosphere of authenticity and brings out the FILOTIMO. This is something that it’s not taught by instruction but it rather an intangible experience which is gained by our events.  Because of our Filotimo, our students learn how PAREA evolves and carries it past their school experience establishing long-term friendships.

Creative Brief: The concept behind the logo is to design a unique and clever neo-classic emblem with a slogan that becomes the new brand identity of Saint Demetrios Greek Language School.

Target Audience:  Focus in 25-mile radius Greater Philadelphia Area surrounding suburbs and center city Philadelphia. The program is changing to teach Greek as a second language with interactive and engaging new curriculum. MyGreekSchool.org plans to teach Greek limitless, from those who hear the language on regular basis, to those who have zero exposure as well. Methodology includes 4 forms of learning: Listening Comprehension, Oral Comprehension, Writing and Speaking. Modernizing our teaching methods & using materials that children are already familiar with in their American school, teachers will add more interactive time in addition to the classical learning style & make it fun-based.

Objective: Represent academia. The 7 Crosses in the shield which represents the dedication to Jesus Christ as the center of everything that we do. The number it is said that the invisible eremites are 7 or 12 in total and do not wear clothes in Mount Athos Greece according to Saint Paisios. They make themselves visible to a few chosen ones and have no need for water or food. Their mission is continuous prayer in favor of all the world. When one of the group dies then a someone, usually a local monk is chosen to replace the deceased eremite and receives a calling to find them and join them. The Shield symbolizes steadfast principles, commitment, loyalty and protection, which are afforded us by taking up the spiritual “Shield of Faith” in Christ. A Greek language school that is subsidiary of the Saint Demetrios Greek Orthodox Church of Upper Darby, Pennsylvania and has 75 years of teaching experience and a 222-hour program in 9-month period unlike any other program in the area.

Tone of voice: Book for knowledge universally across the different times and cultures, Globe for hybrid education with internet support. The Columns represent the Minoan civilization with their unique art and architecture, and the spread of their ideas through contact with other cultures across the Aegean, the Minoans made a significant contribution to the development of Western European civilization as it is known today. The Double-Headed Eagle is the most recognizable symbol of Orthodoxy today (other than the cross) and was the official state symbol of the late Byzantine Empire, symbolizing the unity between the Byzantine Orthodox Church and State. The Greek Gold Olive Wreath, symbolizes the wreath made from wild olive branches, also known as kotinos, was the prize for the winner at the ancient Olympic Games. According to Pausanias, the sacred olive tree at Olympia, from which the champion’s wreaths were made, came from the land of the Hyporboreans. It was brought to Olympia by Herakles and planted near the temple dedicated to his father, Zeus, in his honor. Legend says that it was Iphitos who first used a crown of wild olive leaves from sacred tree, called the kallistephanos, to crown victors at the Olympic games. We also see the Gold olive branch idea in the Upper Darby Greek Festival logo as well.

Slogan Background: “Εν τούτω νίκα” is translated “In this sign you will conquer” and means “Under this sign you will succeed”. In 310, Constantine decided to conquer Rome. He leads his small army to the Alps for an important battle outside Rome on the Tiber River against his rival Maxentius, the emperor of Rome. According to the historian Eusebius,whileon his way to the battle, Constantine had a vision while staring up at the sky. He reportedly saw a flaming cross above the sun with the words “in this sign you will conquer”. That night Constantine dreamed that Jesus told him to take the cross as his standard. Constantine ordered that new standards be made up, emblazoned with the cross. The next morning at the Battle of Milvian Bridge, on October 28, 312 he scored a victory against great odds against Maxentius, whose forces were swept into the Tiber, where Maxentius drowned. Constantine attributed his military victory to the Christian faith and in 324, he made Christianity the state religion. His Labarum (Greek: λάβαρον) incorporated the sacred “Chi-Rho” Christogram, which was one of the earliest forms of christogram used by Christians, becoming one of the most familiar and widely used emblems in Christian tradition. Saint Constantine the Great adapted it after receiving his celestial vision and dream, on the eve of his victory at the Milvian Bridge in 312 AD. 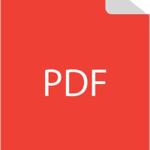